In Other Post-Soviet News

Former Ukrainian prime minister Yulia Tymoshenko has been charged with abuse of power for misusing more than 151 million euros in state funds. If convicted, she could face 10 years in prison, followed by a three-year ban from politics.

This is a tragedy. I have no idea if Tymoshenko is innocent, but her absence from politics has been sorely lamented by this foreign affairs enthusiast - and losing her for another 13 years would plunge eastern-bloc news coverage into the abyss (as regards "attractive" political stories).

Tymoshenko follows just behind Queen Rania for politicians capturing my attention. But I'm partial to elegance and aristocracy - while Tymoshenko wears leather and rocks a crotch rocket. 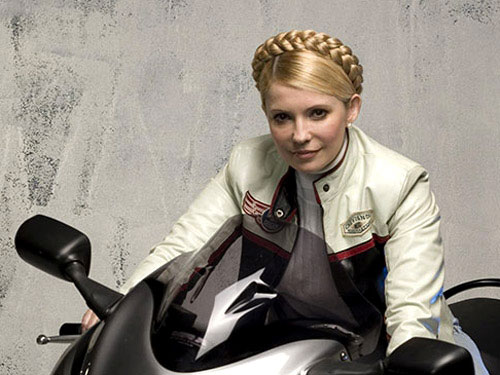