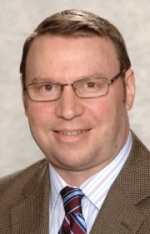 Christopher Burkett is Assistant Professor of Political Science at Ashland University, and an instructor in the Master of American History and Government program, in which he has taught courses on the American Revolution, the American Founding, Western films and novels, and Franklin Roosevelt and the New Deal. Burkett is a 1996 graduate of Ashland College with majors in Fine Arts and History. He received his M.A. in Politics from the University of Dallas and his Ph.D. from the Institute of Philosophic Studies, also at the University of Dallas. He joined the History and Political Science department at Ashland University in 2005, and won the Edward and Louaine Taylor Excellence in Teaching Award in 2011.