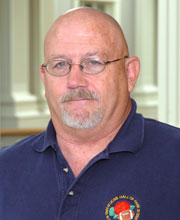 Mackubin T. Owens is Associate Dean of Academics for Electives and Directed Research and Professor of National Security Affairs at the Naval War College in Newport, Rhode Island and an Adjunct Fellow of the Ashbrook Center.  He is also Editor of Orbis, the Foreign Policy Research Institute’s (FPRI) quarterly journal of international affairs, and Senior Fellow at its Program on National Security. In addition,  from 1990-97, Dr. Owens was Editor-in-Chief of the quarterly defense journal Strategic Review and Adjunct Professor of International Relations at Boston University . He served as a Marine infantry platoon commander in Vietnam (1968-69) where he was twice wounded and awarded the Silver Star medal. He retired from the Marine Corps Reserve as a Colonel in 1994. Dr. Owens earned his Ph.D. from the University of Dallas, his M.A. in economics from Oklahoma University and his B.A. from the University of California, Santa Barbara.

Before joining the faculty of the War College, Dr. Owens served as National Security Adviser to Senator Bob Kasten (R-WI) and Director of Legislative Affairs for the Nuclear Weapons Programs of the Department of Energy during the Reagan administration. He has taught at the University of Rhode Island, the University of Dallas, Catholic University, and the Marine Corps’ School of Advanced Warfighting (SAW) He has been a program officer for the Smith Richardson Foundation, Senior Visiting Fellow at the Center for Naval Analyses and a consultant to the Los Alamos National Laboratory; Plans Division, Headquarters Marine Corps; and J-5 Strategy, the Joint Staff.