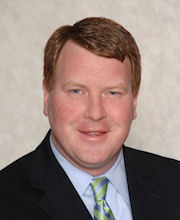 Roger was appointed to the Ohio Humanities Council by the Ohio Governor in 2007. He previously served as an intern for the government relations office at Sprint, an intern for the Experimental Aircraft Association, and as a Page in the U.S. House of Representatives. He was a part of the 179th Airlift Wing Committee, a Mansfield, Ohio community committee that successfully saved the base from closing during the Pentagon's Base Realignment and Closing process in 2004. For two years, he served on the selection committee for the James Madison Memorial Fellowship Foundation. He was a Publius Fellow in 1997 and has been selected to attend seminars sponsored by the Liberty Fund and Donors Trust.

Roger is married to Danielle Beckett and has one daughter.